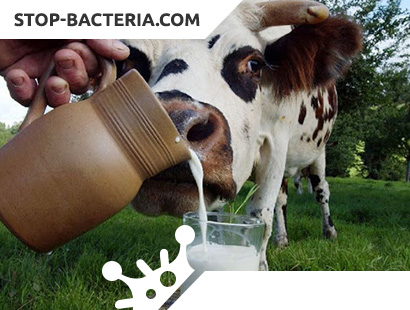 The incubation period is 1-4 weeks, but can be extended to 2-3 months with the development of latent infection. According to modern clinical classification based on the generally accepted classification of GP Rudnev, there are acute (up to 1.5 months), subacute (up to 4 months), chronic (more than 4 months) and residual (clinical consequences) form.

Acute Brucellosis. May develop gradually (more often in older persons) or quickly. With the gradual onset of the disease over various periods of time (from several days to several weeks), patients complain of indisposition, weakness, sleep disturbances, decreased performance, pain in joints, various muscle groups and lower back. When examining noted subfebrile, sometimes – an increase in peripheral lymph nodes of the type of micro-polyadenopathy. In the future, signs of intoxication gradually increase, the body temperature becomes high, chills and pouring sweats appear, the liver and spleen increase in size.

With the rapid development of acute brucellosis is manifested by a rise in body temperature to high numbers (39 ° C and above) during the first 1-2 days of the disease. Remittent, wavy or intermittent fever accompanies pronounced chills, resulting in profuse sweating. The febrile reaction usually lasts several days, but can lengthen to 3-4 weeks, taking a wave-like character. However, in most cases, the state of health of patients due to moderate intoxication remains relatively satisfactory, even against the background of high body temperature and fairly significant objective changes. This clinical feature of brucellosis is often the cause of difficulties in the differential diagnosis of the disease.

Patients complain of headache, emotional instability, irritability, sleep disturbances, pain in muscles and joints. When viewed at a height of fever, hyperemia of the face and neck, pallor of the skin of the trunk and extremities are noted. Peripheral lymph nodes, especially cervical and axillary, slightly increase in size, can be somewhat painful on palpation. Micropolyadenopathy, which is considered an early clinical sign of brucellosis, has been rarely encountered recently (no more than in 20-25% of cases). Sometimes in the subcutaneous tissue, but in the area of ​​the muscles and tendons, painful, dense nodules or nodes ranging from a pea to a small chicken egg can be palpated – fibrositis and cellulite, although their appearance in patients is more characteristic of the next, subacute form of brucellosis. The liver and spleen are enlarged, sensitive to palpation. In 10-15% of cases, organ diseases of the musculoskeletal system, the genital sphere, and the peripheral nervous system with corresponding focal symptoms develop in the acute period of the disease.

The severity of brucellosis depends largely on the type of pathogen (its virulence). Diseases caused by B. abortus are usually easier to treat than lesions caused by B. melitensis.

Subacute form. Characterized by a relapsing course. Feverish periods with a temperature reaction of varying severity and duration (usually several days) alternate with periods of apyrexia. During the ascent, the temperature curve becomes irregular, the temperature level is subject to significant fluctuations even during the day.

On examination, patients often reveal fibrositis and cellulite. On the part of the cardiovascular system, they note relative bradycardia at a height of fever and slight tachycardia during periods of normal body temperature, muffled heart sounds. In severe cases, signs of infectious-allergic myocarditis, endocarditis and pericarditis can be detected. Pathology of the respiratory system is rarely detected (catarrhal sore throat, pharyngitis, bronchitis, bronchopneumonia). Changes in the digestive organs are functional, which is reflected in the complaints of patients. In severe cases, it is possible to develop meningism and sluggish serous meningitis.

Much more often than with acute brucellosis, multiple organ lesions and allergic reactions develop (exanthema, dermatitis, reactions of the superficial vessels of the skin, etc.). First of all, there are lesions of the musculoskeletal system: arthritis and polyarthritis, synovitis, bursitis, tendovaginitis, etc. Sexual lesions are typical – in men, orchitis and epididymitis, in women, menstrual disorders, endometritis, spontaneous abortions. Damage to the nervous system can manifest itself in the form of plexites, isioradiculitis.

Chronic brucellosis. Characterized by variability of clinical manifestations and recurrent course. Temperature reaction and other manifestations of intoxication are weak or moderately pronounced. Periods of exacerbations replace remission, the duration of which can reach 1-2 months. The deterioration observed in the occurrence of fresh focal processes.

The clinical picture of chronic brucellosis is dominated by focal lesions from various organs and systems.

Signs of changes in the musculoskeletal system are characterized by the development of recurrent, long-lasting arthritis with frequent involvement of the periarticular fiber (periarthritis), bursitis, tendovaginitis, periostitis, perichondritis. Fibrositis and cellulite in the lumbosacral region and above the elbow joints are typical. Lesions of various parts of the spine are manifested by severe pain, restriction of movements, deformities, destructive changes.

Affections of the nervous system are expressed in the form of radiculitis, plexitis, intercostal neuralgia, neuritis of the auditory and optic nerves, and sensitivity disorders. In rare cases, the development of meningoencephalitis, diencephalic syndrome. Changes in the vegetative nervous system cause hyperhidrosis, the phenomena of vegetative-vascular dystonia. Neuroses and reactive states (the “difficult character” of patients) are often formed.

Urogenital pathology is manifested by orchitis and epididymitis in men, oophoritis, salpingitis, endometritis and menstrual disorders in women. Characterized by miscarriage, dysmenorrhea, infertility.

Chronic active brucellosis can last up to 2–3 years, and upon repeated infection, it can take much longer. Its transition to the chronic inactive form is characterized by the absence of the formation of fresh foci and intoxication, the predominance of functional disorders, the long-term preservation of serum antibodies and a positive skin-allergic test (Byrne test).

Consequences of brucellosis (residual brucellosis). Persist in the absence of the pathogen in the human body. Characteristic residual effects, mainly of a functional nature due to immunoallergic restructuring and disorders of the autonomic nervous system: sweating, irritability, changes in the neuropsychic sphere, arthralgia, and sometimes subfebrile.

However, more severe consequences of brucellosis may be associated with the development of irreversible fibro-cicatricial changes involving nerve trunks, plexuses, roots, which provokes the appearance of various neurological symptoms.

In conclusion, it should be noted that the course of the disease at the present stage is distinguished by a number of features:

Acute brucellosis is differentiated from diseases accompanied by prolonged fever (typhoid-paratyphoid diseases, malaria, tuberculosis, nonspecific systemic diseases, HIV infection, sepsis, lymphogranulomatosis, etc.). In acute brucellosis, the wrong nature of the temperature curve, the emergence of micro-polyadenopathy, chills, sweating, an increase in the size of the liver and spleen are noted. In some cases, fibrositis and cellulite are found in this period of the disease. Characteristic severity of clinical symptoms (especially high body temperature) with a fairly satisfactory state of health. In subacute and chronic brucellosis, rheumatism and rheumatoid arthritis, tuberculosis focal lesions, syphilitic and gonorrheal arthritis should be excluded. In these forms of brucellosis, periods of increased body temperature are replaced by epireksii episodes, the patients’ complaints are many and varied (pains in the joints, muscles, bones, paresthesias, etc.); focal multiorgan manifestations and allergic reactions, fibrositis and cellulitis are characteristic.

Laboratory diagnosis of brucellosis
To isolate the pathogen, blood cultures, punctates of lymph nodes, cerebrospinal fluid, and bone marrow are cultured. Due to the high contagiousness of Brucella, bacteriological diagnostics can be performed only in specially equipped (“regime”) laboratories. Isolation of pathogens is rarely carried out due to the duration and complexity of cultivation of the pathogen, as well as the relatively low seeding rate.

Recently, aggregate hemagglutination, RCA and RLA, ELISA, detecting Brucella antigens in biological media (primarily in the blood), have been introduced into practice.

Serological reactions are widely used (Wright’s RA, RSK, RNGA, RIF), which reveal an increase in the titers of specific antibodies in paired sera, the value of which increases in the presence of clinical signs of brucellosis. In chronic brucellosis, incomplete antibodies are detected in the Coombs reaction. Wright’s reaction is most informative in acute brucellosis. Recently, the reaction of lysis of Brucella under the influence of the patient’s serum has been successfully applied.

To obtain adequate results, the recommended simultaneous use of 3-4 serological methods of research (complex serodiagnosis).

Widespread intradermal allergy test Byurne with the introduction of brucellin (protein extract broth culture of brucella). Given the time required for the growth of specific body sensitization to Brucella antigens, its formulation is recommended no earlier than 20-25 days from the onset of the disease. The sample is considered positive if the diameter of the edema is more than 3 cm; the development of hyperemia and soreness at the injection site of brucellin are optional. A positive Byrne test is observed in all forms of brucellosis, including the latent course of the infectious process; she persists for years after reconvalescence. The sample can also be positive in individuals vaccinated with a live anti-brutal vaccine, and in laboratory workers who have been in contact with Brucella antigens for a long time.

With the introduction of brucellin, an additional sensitization of the organism occurs, and a pronounced local reaction (necrosis) may occur. In order to avoid these phenomena, neutrophil damage and leukocytolysis reactions are being introduced into practice. They are placed with the patient’s blood in a test tube without introducing an allergen into the body.

The outpatient mode in the lungs and stationary in severe cases of the disease. Etiotropic therapy is effective in acute brucellosis; a smaller effect is observed when the process is activated in patients with subacute and chronic forms. Optimal consider the appointment of two antibiotics, one of which must penetrate the cell membrane. Apply one of the following combinations, taking into account contraindications (children under 15 years of age, pregnancy, lactation, epilepsy).

The duration of the use of drugs explains the advisability of controlling their intake by patients.

In the complex therapy of brucellosis, detoxifying agents are used according to the general principles of their use, ATP, methionine, and mild immunostimulants (dibazol, pentoxyl, thymalin, etc.). Anti-inflammatory drugs are widely used – non-steroidal anti-inflammatory drugs (indomethacin, Brufen, etc.). For pain (neuritis, neuralgia, vegetative pain), symptomatic therapy in the form of novocaine blockades is carried out with a 1% novocaine solution, intravenous administration of a 0.25% novocaine solution in increasing doses.

Use of glucocorticoids should be carried out with great care. Their purpose is forced in case of damage to the central nervous system (meningitis, meningoencephalitis), as well as in marked inflammatory changes (orchitis, neuritis, etc.) and the absence of the effect of other anti-inflammatory drugs.

The treatment (killed) brucellosis vaccine in recent years for the treatment of patients is used less and less because of its ability to cause immunity suppression, increase the possibility of relapse, cause autoimmune reactions and reactions to the ballast substances contained in it.